CFG Welcomes Sameerah Moore as Our Director of Operations! 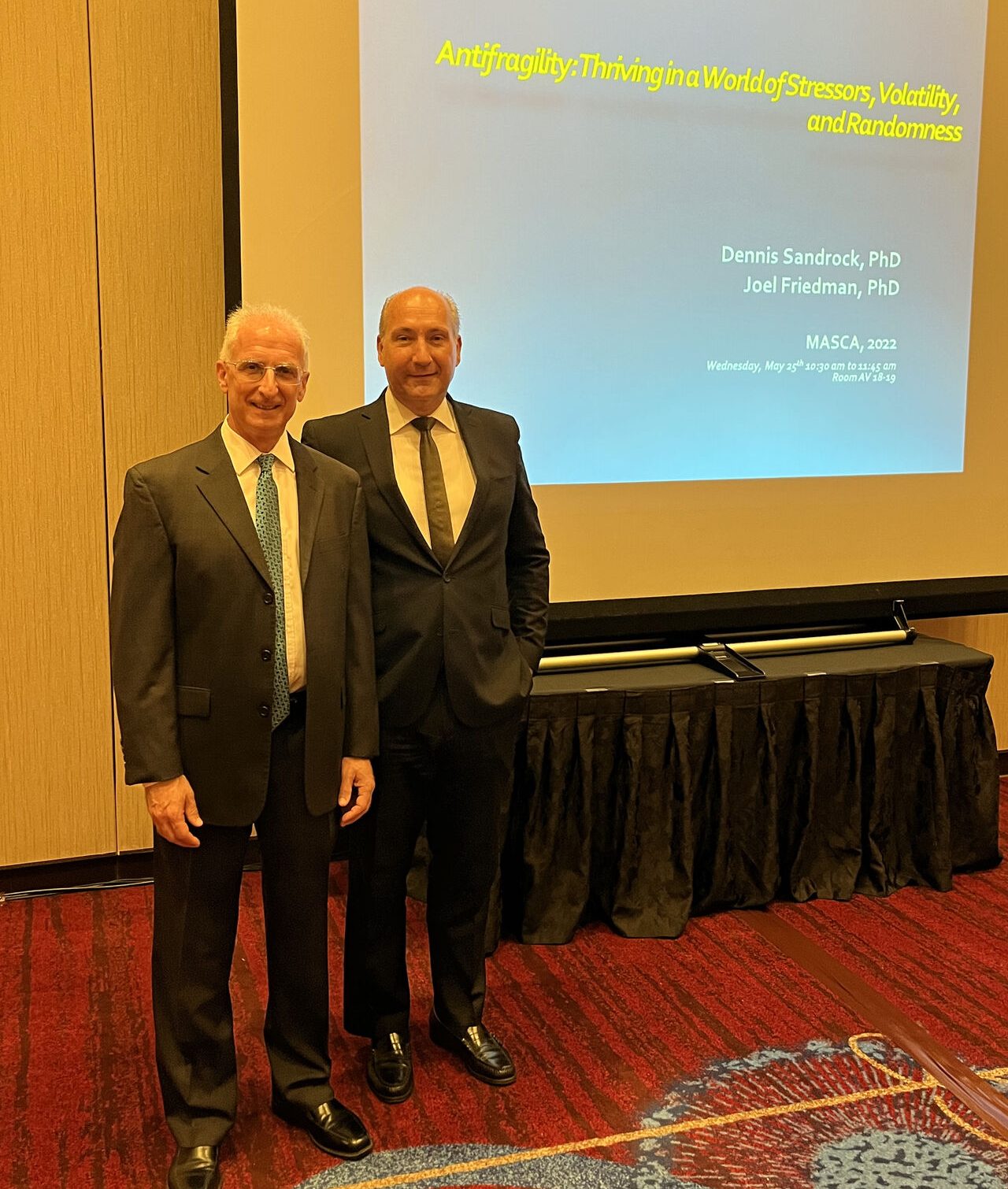 CFG’s own Dr. Joel Friedman and Dr. Dennis Sandrock spoke on “Antifragility” at the 2022 MASCA Annual Conference. Antifragility is a forward thinking framework of mind that derives from resiliency.

In 2019 the New Jersey State Attorney General issued the “Officer Resiliency Directive,” a first-in-the-nation statewide program to support the emotional and psychological well­being of law enforcement officers. It was put forth to assist in the awareness and management of the inherent stress and trauma that is experienced on a daily basis by most law-enforcement professionals including police, first responders, corrections officers, and parole officers. The directive required that each state, county, and local law enforcement agency designate a “Resiliency Program Officer” {RPO), who will be specially trained in helping officers handle the daily stress of police work. The concept of a resiliency officer was to embolden the efforts to help individuals deal with the direct and indirect stressors that occur as part of their daily work.

Until recently, personal resiliency was seen as the ideal outcome, to decrease individual fragility in response to stressful events. To be fragile implies that stressful events are negative in that they cause harm or disruption to the individual. Many have considered the opposite of fragile to be resilient or robust, which implies not being affected by the stressor. Conceptually, that is the equivalent of saying that the opposite of negative is neutral. More recent developments have suggested that the true opposite of fragility is a condition where one grows from, develops, or gets stronger, as a result of stressful events or chaotic unpredictability. That condition is called antifragility and was the topic at the presentation.